I have studied molecular neuropharmacology for more than 30 years. Most recently, my lab invented the DREADD (Designer Receptor Exclusively Activated by Designer Drug) technology. DREADDs represent a novel synthetic biological tool-kit which enables the non-invasive remote control of neuronal signaling via orthologous ligand-receptor pairs. Since the introduction of the DREADD approach in 2007, we have shared this technology with nearly 300 different labs around the world. My lab also pioneered a novel chemical biological platform we refer to as ‘receptorome profiling’ which allows my lab (and our many collaborators) to identify molecular targets for novel biological entities across a large number of neuronal molecular targets. Over the past 3.5 years, via the shared resources of the National Institute of Mental Health’s Psychoactive Drug Screening Program (NIMH-PDSP) we have collaborated with nearly 400 labs world-wide. 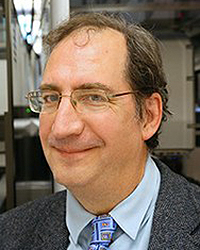