HIV or AIDS-associated malignancies present treatment challenges for physicians and a serious public health problem in nations with a high incidence of HIV/AIDS. Many low and middle income countries, such as in Sub-Saharan Africa, suffer disproportionally from the HIV epidemic and experience very high numbers of AIDS defining cancers.
Kaposi’s sarcoma, non-Hodgkin’s lymphoma (including primary central nervous system lymphoma), and cervical carcinoma are all more prevalent in individuals with HIV/AIDS. Even today they account for the majority of cancers in HIV positive persons seen at UNC and they are the leading cancers in men and women in many countries globally. 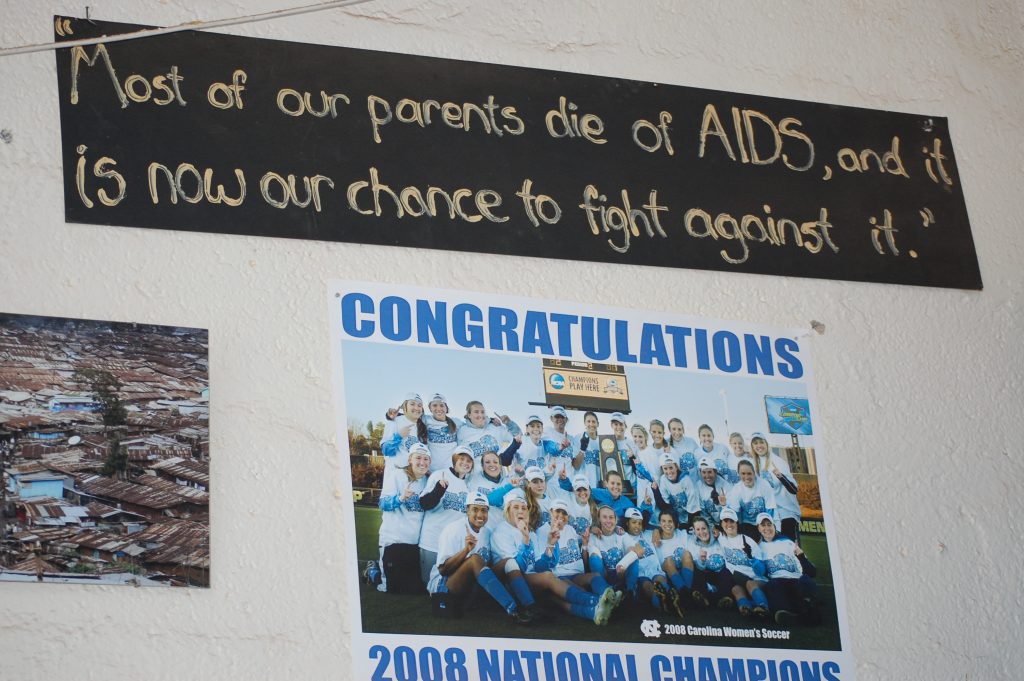 At a school in Malawi (photo C.Der)

It is estimated that there are over one million people living with HIV/AIDS in the United States today, but that number is dwarfed by the over 33 million people worldwide who have the disease.

With the advent of Highly-Active Antiretroviral Therapy (HAART), HIV-infected individuals are living longer and are therefore at a higher risk for developing AIDS-related malignancies. Cancers in the context of HIV infection tend to be more aggressive and resist treatment with standard therapies.

Since 2008, UNC Lineberger, in conjunction with the UNC Center for AIDS Research, has received funding from NCI/NIH to promote basic and translational pilot research projects on HIV-associated malignancies.

Key areas for UNC include: