One assessed ET use among low-income Medicaid-insured women in North Carolina, and another compared ET use among privately insured African-American women and white women. The first study was published by the Journal of Cancer Survivorship and the second by Breast Cancer Research and Treatment, both in May. 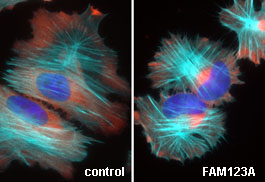 Hormone receptor-positive cancers account for most breast-cancer deaths. Long-term ET reduces the five-year risk of breast cancer recurrence by up to 40 percent. Taking an ET treatment such as tamoxifen or an aromatase inhibitor for five years reduces the risk of death by one-third. Using Integrated Cancer Information and Surveillance System (ICISS) data, including Medicaid claims and N.C. Central Cancer Registry records for 222 women, Wheeler and colleagues noted that only one-half of the studied low-income women initiated ET.

In addition, nearly one-quarter of the low-income women did not have surgery to remove detectable cancer during the 15-month study period, even though their Medicaid insurance would have covered it. These findings raise questions about access to care (beyond having health insurance) and continuity of care for recently diagnosed cancer patients, although the authors acknowledge that some women may have foregone guideline-recommended treatment for clinically valid reasons.

Study results suggest that low-income women with breast cancer might benefit from interventions that focus on education, outreach and support in the importance of adhering to daily medication that prevents recurrence, even though it causes uncomfortable side effects.

Wheeler and Reeder-Hayes then turned their attention to the disparity in survival rates along racial lines.

African-American women have higher rates of recurrence and poorer survival than do their white counterparts. Using information collected from the N.C. Central Cancer Registry and private insurance health plan claims data from ICISS about 2,640 women, the team found that African-American women receiving chemotherapy were 17 percent less likely than were white women to initiate ET within 12 months of diagnosis. The results prompt concern that African-American women at high risk of cancer recurrence are receiving one potentially effective treatment only to miss out on another. This study is the first to recognize the relationship among race, chemotherapy and ET.

Other co-authors besides Wheeler and Meyer in the Medicaid study were doctoral student Racquel E. Kohler, MSPH, and Kristen H. Lich, PhD, of the Gillings School’s health policy and management department; Ravi K. Goyal, MS, and Alexis Moore, MPH, of the UNC Lineberger Center; Hyman B. Muss, MD, of the Lineberger Center and UNC School of Medicine’s Division of Hematology and Oncology; Timothy W. Smith, MPA, of UNC’s family medicine department; and Cathy L. Melvin, PhD, of the College of Medicine at the Medical University of South Carolina.

Reeder-Hayes was first author in the study of African-American women. Other co-authors besides Wheeler and Meyer were Huan Liu, PhD, of the UNC Lineberger Center, and Stacie B. Dusetzina, PhD, of UNC School of Medicine’s Division of General Medicine and UNC Gillings School’s health policy and management department.