Home / News Archives / UNC Lineberger in 2017: A year of scientific and clinical advances
A look back at notable events and achievements at UNC Lineberger Comprehensive Cancer Center last year. January 9, 2018

They published more than 1,693 scientific publications, including findings that could lead to more effective treatments for an aggressive brain cancer, and that could help patients live longer using a simple online symptom reporting tool. They also were the recipients of millions of dollars in grants to support their work in the lab, the clinic and the community, and they advanced into a number of leadership roles that positioned them to have a voice in setting cancer research and clinical care priorities.

Notable achievements in the year were not limited to the laboratory bench. U.S. News and World Report ranked the N.C. Cancer Hospital among the nation’s top cancer hospitals, and first in North Carolina. UNC Lineberger’s Claire Dees, MD, was named by Forbes as one of the country’s top 27 breast cancer experts, and 51 UNC Lineberger physicians were named to the Best Doctors in American list.

Here is a look at some of the top stories from the past year. 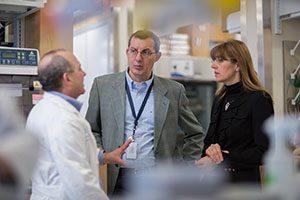 UNC Lineberger researchers achieved a major milestone with the launch of two clinical trials in which patients’ immune cells are genetically engineered to fight their cancer. Jonathan Serody, MD, Barbara Savoldo, MD, PhD, and Gianpietro Dotti, MD, and Thomas Shea, MD, are leading the cellular immunotherapy trials for patients with Hodgkin lymphoma or non-Hodgkin lymphoma who lacked other treatment options, or are at high risk of their disease returning.

Ethan Basch, MD, MSc, led a study that showed patients who used a web-based tool to report their symptoms to their cancer care providers lived five months longer than patients who used standard methods. The findings were presented at the American Society of Clinical Oncology’s annual meeting and published in the Journal of the American Medical Association. 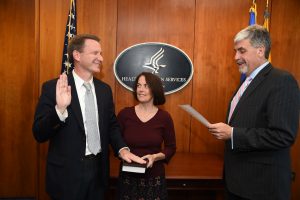 Sharpless sworn in as director of the National Cancer Institute

Dr. Norman E. “Ned” Sharpless was sworn in as the 15th director of the National Cancer Institute in October. Sharpless served as director of UNC Lineberger Comprehensive Cancer Center from January 2014 to June 2017. 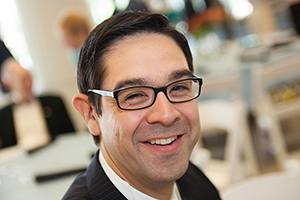 In a study published in Science Translational Medicine, Shawn Hingtgen, PhD, described how human stem cells, made from human skin cells, could hunt down and kill human brain cancer — a critical step toward clinical trials. 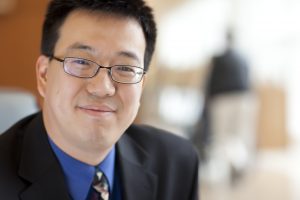 For many men diagnosed with early-stage prostate cancer, concerns about quality-of-life issues can influence treatment decisions. Ronald C. Chen, MD, MPH, published a paper in the Journal of the American Medical Association that provided a large-scale comparison of the quality-of-life impact for the standard treatment choices.

Daniel S. Reuland, MD, MPH, and his colleagues launched an initiative to reduce colorectal cancer mortality disparities in areas across North Carolina. The program is part of the Carolina Cancer Screening Initiative, which brings together clinicians, public health researchers and community partners to implement evidence-based cancer screening programs in the state. 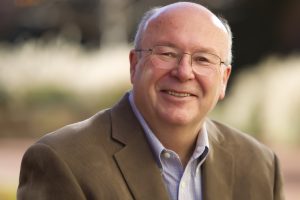 Breast cancer cells are evasive, finding ways to bypass drugs designed to stop their unchecked growth. Gary Johnson, PhD, led a study published in the journal Cancer Discovery that uncovered how triple negative breast cancer cells are able to bypass treatment with trametinib, which is part of a class of commonly used anti-cancer drugs. The researchers also reported preclinical findings for a potential treatment approach that could prevent the onset of resistance.

Young cancer patient ‘Makes-A-Wish,’ gets trip of a lifetime, joins SWAT team for the day

Make-A-Wish of Eastern North Carolina made a dream come true for 8-year-old Noah Marmito, who is being treated for acute lymphoblastic leukemia at the N.C. Cancer Hospital. Noah has a strong interest in law enforcement and is a big fan of all things SWAT. Make-A-Wish arranged for the Durham SWAT team to bring their truck to the hospital for Noah. They also provided a trip to Walt Disney World for Noah and his family. An analysis of approximately 1,000 invasive breast tumors identified a higher proportion of aggressive breast cancer subtypes in black women, reported Melissa Troester, PhD, in the Journal of the National Cancer Institute. The findings may help to explain a racial mortality gap in women for breast cancer and could lead to improved treatment approaches to help close it.

Look back on 2017 by watching the video below: