UNC Lineberger’s Ethan Basch, MD, MSc, is setting out to make an impact on cancer care by using one of the best tools in his medical arsenal – cancer patients themselves.

Basch, the Richard M. Goldberg Distinguished Professor in Medical Oncology and the director of the Cancer Outcomes Research Program, is highly engaged in patient-reported outcomes research and the benefits it offers to physicians and patients in their care. He is also an expert in the treatment of prostate cancer and has led national guidelines for the treatment of this disease.

Basch is a physician with a literary background, earning degrees in literature from Brown University and Oxford University, before switching gears to medicine in the late ’90s, with a doctorate in medicine and master’s degree in epidemiology from Harvard University.

“I became interested in medicine because I like people and value helping others, and also because I’m interested in health care policy to improve the way we do things, and improve the experiences people have with disease and treatment,” he said.

Basch’s interest in people stems from his humanities background and interest in social sciences. But it also extends to his current work as a physician and researcher.

“Much of our work in outcomes research involves improving access to care, fairness and equity in care, addressing costs, and making care more patient centered,” he said. “Many themes and approaches are similar to the areas of interest I had in the humanities and literature. It’s about people.”

Basch was practicing at Memorial Sloan Kettering Cancer Center in New York before coming to UNC Lineberger in 2012. After a conversation with Shelley Earp, MD, director of UNC Lineberger, and a little urging from his wife, a Wake Forest grad, Basch knew UNC’s environment would be conducive to creating a top-tier cancer outcomes research program.

A solution for tracking symptoms

Early in his career, Basch noticed that patients’ symptoms and physical functioning were not being accurately discovered or documented in cancer drug studies or at office visits. After conducting a series of studies, he found that around half of patient symptoms were missed in both clinical and clinical trial settings.

Using information technology, his team used web applications and tablet computers to capture the patient experience. “We found that by using electronic questionnaires, we could capture this information that was otherwise being missed,” he said.

While a missed symptom might not seem like a big deal, it can have a profound impact. During drug development and clinical trials, if patient side effects are not reported accurately, doctors won’t know the true impact of the drug on their patients and can overlook something that could be managed on the clinical end.

The impact of Basch’s work is so far-reaching, both the U.S. Food and Drug Administration and the National Cancer Institute, along with European regulatory authorities, are using the research to set standards for patient-reported outcomes in both clinical trials and clinical care settings.

Since arriving at UNC, Basch has received more than $10 million in grants to conduct this work with colleagues, including a recent $2.8 million NCI Cancer Moonshot grant with Lineberger’s Arlene Chung, MD, MHA, MMCi, and Antonia Bennett, PhD, to analyze patient-reported outcomes data for characterizing drug tolerability.

“Trials based at UNC have led this field, and we have shown that by integrating electronic symptom monitoring into cancer care, we can help people live longer, lengthen time they can tolerate chemotherapy, improve physical functioning, and keep them out of the hospital and the emergency room,” Basch said. “Many health systems are starting to integrate this approach into care.”

The technology itself is fairly simple. Electronic questionnaires focus on important symptoms for cancer patients; for example, whether they’ve had a fall or if pain or nausea is getting worse. Some answers trigger an alert that is relayed to the care team so they can follow up based on the reported severity of the symptom.

The questions are accessed from a computer, tablet or smartphone. For those unable to access web-based questionnaires, automated phone calls are just as effective, Basch said. Patients can press a number on the phone that corresponds to their answer, or even talk to a team member.

Basch said the questionnaires help overcome patient concerns about being a “good patient,” or not wanting to admit to difficulties. For example, a simple text message indicating it’s time to report symptoms allows for easier communication than sitting in a doctor’s office where patients may be reluctant to report an embarrassing symptom or simply don’t remember.

“Our aim is for patients to know that we want and need to know this information,” Basch said. “If they report something of concern, it sends a real-time alert to the nurse, who then picks up the phone and calls the patient.”

Patients are also reaping the benefits of the technology tools, as doctors are able to respond more quickly to patient issues when they arise and can spend more quality time with their patients if they’ve reviewed concerning symptoms and problems before clinical appointments. 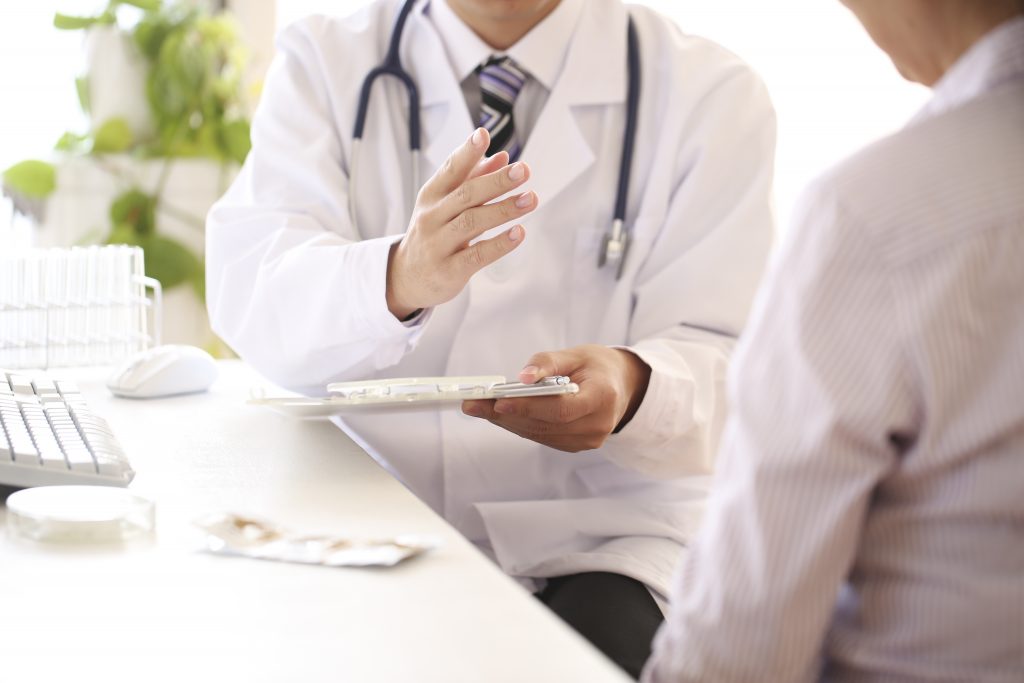 “People feel more connected to their care teams and feel the team is more responsive to their needs,” Basch said. “When messages are sent in real time, we can connect with patients right away and head off problems before they worsen, and help patients feel they’re in control of their care and that they’re more heard.”

Basch said that related research by UNC Lineberger’s Angie Smith, MD, focuses on using the technology for patient follow-up after surgery to catch problems like infection early.  “Overall, it’s been shown that there’s a significant decrease in the number of emergency room visits because things are being caught early before they get severe,” he said.

“The biggest benefits of monitoring symptoms this way is among patients who have the least experience with computers and feel the least comfortable in communicating with their team,” Basch said. “What this shows is that technology can actually bring people closer to their doctor or nurse.”

And just like the latest smartphone apps, technology for patient-reported outcomes is getting more sophisticated by the day. UNC Lineberger researchers and physicians are exploring new avenues for the technology, including:

The team at UNC studies many technology approaches and clinical settings for capturing the patient experience:

“One thing we’re growing here at UNC is starting to build AI into these systems,” Basch said. “Systems that can connect people through text messaging where it can be more conversational and more tailored to the individual person, and to predict who will have problems and how we can flag them.”

There are few areas where monitoring technology won’t make an impact. Basch is also looking at measuring clinical performance and quality of patient care, and extending the technology into improving electronic health records. He’s also interested in the creation of a technology lab that could study emerging mobile technology for monitoring cancer patients, using patient monitoring more often in clinical practice and helping attract the best and brightest minds to UNC Lineberger to learn and develop the technology.