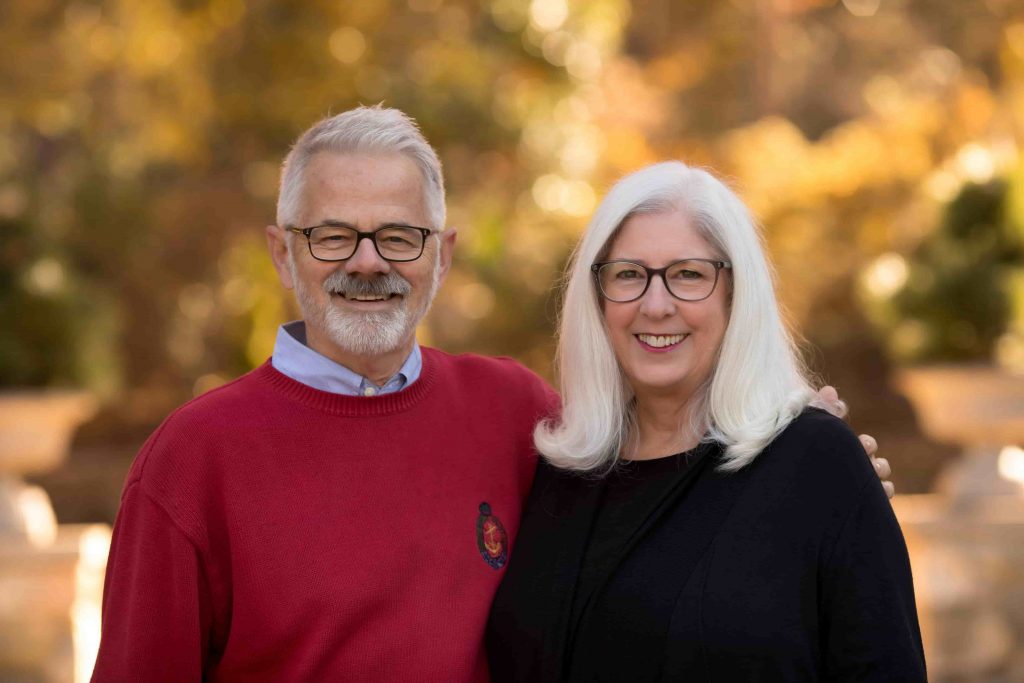 Charles and Christina Menear make a great team. They have been married for 32 years, have two daughters and are successful real estate agents. The Durham couple also knows how to make their partnership work to benefit the community, by giving back when they can.

For Charles Menear, being treated for non-Hodgkin lymphoma the second time led him to become a UNC Lineberger donor. Initially diagnosed in 2009 while living in Pinehurst, North Carolina, he went through treatment and thought he was in the clear. The couple moved to Durham in 2012, then in 2016, got the news that Charles’ lymphoma was back. They sought care from UNC Lineberger’s Chris Dittus, DO, MPH, at the North Carolina Cancer Hospital, the clinical home of UNC Lineberger.

At first, Charles’ care team monitored his condition, but the cancer was spreading in his lymph nodes, so he started treatment with chemotherapy and immunotherapy in 2019, a decision he hasn’t regretted.

“After the first treatment, things looked like we had hit a home run, everything was non-visible,” he said of his scans. “It was awesome. From the scan prior to the scan after, with just two treatments, things were like night and day.”

Charles Menear said he felt compelled to give back to the hospital and the team there because of the great care he received. “I just felt like that’s what I needed to do. Whether it was down in blood draw or registration, everyone was so wonderful.”

As the parents of a Tar Heel alumna, the Menears were confident that Charles was in good hands at UNC, and his progress and their experiences there solidified that belief. Christina Menear said many of their real estate clients have been treated at UNC Health, and they love being able to refer people for treatment, based on their experience at the N.C. Cancer Hospital.

Giving back to the community

In addition to referrals and even selling homes to some of the health system’s physicians, the Menears also feel they have the opportunity to give back some of the good fortune that’s been bestowed upon them.

“I’m still getting good news, and nothing has changed with my current health,” Charles Menear said. “Along the way, we decided to start thinking about what we could do to give back and benefit the local community. We decided that a portion of the commission we earn from each real estate transaction, let’s give it back; let’s donate to a cause.”

The Menears are members of Lineberger Leadership Partners, where donors give $1,000 in a calendar year, and helped kick off a COVID-19 delayed GiveUNC campaign with a challenge gift. The day raised more than $30,000 for UNC Lineberger and more than $7 million across both the university and health system.

“It’s important to us to give back while we’ve been given so much,” Christina Menear said.

She said she follows the example her grandmother and mother set for her many years ago.

“I grew up in a family where giving was just a way of expressing gratitude,” she said.

“When I was young, my grandmother would give to something, and then when I was in high school, my mom was always the leader in the town doing coat drives, toy drives, food drives and helping out. She was the patron saint of the underdog.”