In the first few minutes after a baby is born, the baby’s umbilical cord (which carries oxygen and nutrients from the placenta to the growing fetus) is cut and usually discarded.

But many people don’t realize that extracting and donating the nutrient-rich blood from the cord can save someone else’s life, as it did for 1-year-old Cole Baranowski.

Thanks to a cord blood transplant, Cole is now in remission from leukemia. He received an umbilical cord blood unit after his unrelated adult donor fell through.

UNC Health pediatric hematologist-oncologist Kimberly Kasow, DO, who specializes in bone marrow transplantation, explains how umbilical cord blood donation works and how it can give critically ill patients a second chance at life. 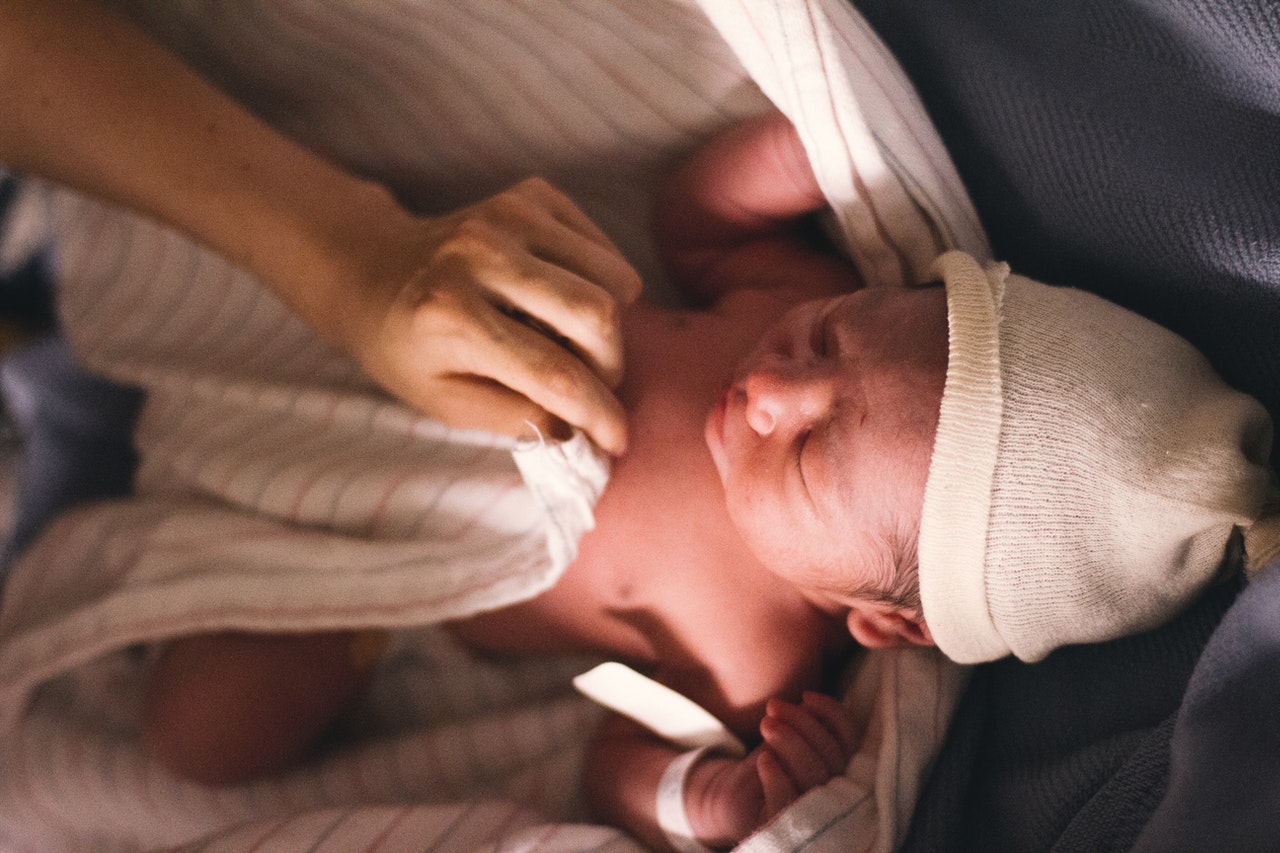 Umbilical cord blood is the blood left in the umbilical cord and placenta after a baby is delivered. It is rich in young blood-making cells, called hematopoietic stem cells.

Most cells can only make copies of themselves; for example, a skin cell can only make another skin cell. However, hematopoietic stem cells can mature into different types of blood cells in the body that will grow up to support the immune system and blood function. These stem cells can be used to treat more than 70 different diseases, including blood and bone marrow cancers such as leukemia and lymphoma; other blood disorders, such as sickle cell disease; bone marrow failures such as aplastic anemia; and disorders of the immune system, such as severe combined immunodeficiency.

Many patients with one of these conditions will require a lifesaving blood or marrow transplant to replace the unhealthy blood-forming cells with healthy ones. (Bone marrow is the spongy tissue inside bones that contains stem cells that can develop into blood cells.)

“As bone marrow transplant doctors, we will consider using umbilical cord blood for transplant because it is enriched in young cells that will grow and mature to be the healthy red and white blood cells and platelets that our patients need to survive,” Dr. Kasow says.

When a patient needs a lifesaving blood or marrow transplant, umbilical cord blood is one of three sources that providers use, in addition to bone marrow and blood from adult donors. Cord blood may be a preferred option; it doesn’t have to match the recipient as perfectly as a marrow or blood product from an adult donor should, since umbilical cord cells are not as mature. Cord blood transplant can be used in both children and adults.

“There’s a lot to consider when selecting the right stem cell product and donor for our patients,” Dr. Kasow says. “We want the closest match possible to keep their body from rejecting these new cells and to prevent undesirable side effects. Oftentimes, these young cells in cord blood may help minimize those risks.”

The Baranowskis experienced the benefits of a cord blood donation firsthand.

Cole had been scheduled to receive a bone marrow transplant from an adult donor, but when he was only a week from his scheduled transplant, the Baranowskis learned that his donor was not able to donate.

Cole had already been through two rounds of chemotherapy and CAR T-cell therapy (the process of training the patient’s own immune cells to destroy cancer cells) to get him healthy enough to receive the transplant.

To make matters worse, his parents had just learned that his cancer was starting to come back. Frantic to get him the healthy blood he needed, they felt they were back at square one. Thankfully, an umbilical cord blood match provided a quick solution.

“But we’re so thankful someone was so thoughtful and generous to donate their baby’s cord blood—it saved Cole’s life. We didn’t have to jump through as many hoops as if we had decided to pursue another adult donor.”

Cole received his cord blood transplant March 4. His care team at the UNC Children’s decorated his room in a Batman theme and celebrated his “second birthday” — his second chance at life.

“Awareness about the ability to donate your baby’s umbilical cord blood is so important. There’s really no downside to it, and it can literally save a life,” Baranowski says.

There are two ways to preserve umbilical cord blood:

Donate it to a public cord blood bank

If you want to donate your baby’s cord blood, make sure your hospital is a collection site. For example, UNC Rex Hospital in Raleigh and N.C. Women’s Hospital in Chapel Hill are collection sites for the Carolinas Cord Blood Bank, one of the largest and most respected cord blood banks in the world. You’ll need to let your care team know that you want to donate before you go into labor.

If you choose to donate, you’ll be asked to provide your family’s medical history, similar to when you donate blood as an adult. Your blood will be screened for genetic disorders and infections, per U.S. Food and Drug Administration guidelines. The baby’s umbilical cord blood will be tested to make sure it is healthy and has enough cells. If it’s viable, it will be frozen and listed in a registry, available for anyone in need of a transplant. Cord blood units that do not qualify can often be used for research, which is also important for future life saving discoveries.

Cord blood donations are an especially important option for ethnic minorities in need of a transplant, as it is usually harder for them to find adult donors who are a match when a sibling match is not an option.

Some families choose to bank their child’s umbilical cord blood privately, in the event that the child or another family member might need it in the future. If you choose to bank your child’s cord blood, numerous vendors offer kits that you can purchase before delivery. Make sure you ask how much it will cost to collect and process the cord blood, and to store it annually.

Banking cord blood is a good option for parents who already know of a medical issue in the family that might require a blood or marrow transplant. For example, it might be recommended to a parent who already has a child with leukemia. However, there’s no guarantee the child’s cord blood will match the family member’s needs, Dr. Kasow says.

“If you don’t already have a family member in need of a blood transplant, chances are very small that you would need to use cord blood that’s been banked privately,” she says. “And on the flip side, if you donate the cord blood to a public bank and find later that you need it for your child or a family member, your provider can check to see if it made it into the registry and if it is still available.”

If you have questions about whether to donate or preserve your baby’s umbilical cord blood, talk to your doctor. For more information on cord blood preservation, visit BeTheMatch.org or the American College of Obstetricians and Gynecologists.