Kerry Bloom, PhD, is a UNC Lineberger Comprehensive Cancer Center and Thad L. Beyle Distinguished Professor at UNC-Chapel Hill in the Biology Department. Bloom Lab is interested in the mechanisms of chromosome segregation.

A critical link in mitosis, meiosis and cellular polarity involves the interaction between microtubule plus ends and localized protein domains. In the case of mitosis and meiosis the localized protein domain is a protein – DNA complex defined as the kinetochore. Microtubule interactions with chromosomes are required for proper chromosome segregation during anaphase. The cell contains a highly conserved, structural and regulatory mechanism to ensure high fidelity transmission of the genome to future progeny. However, compromised divisions can result in chromosome loss or aneuploidy, a precursor to the cancer onset. Furthermore, microtubules are the target of a large and diverse group of natural anticancer drugs. The success of anti-microtubule drugs in cancer therapy indicates that microtubules represent an excellent cancer target. Understanding how to target microtubules and microtubule based processes is essential for increasing drug specificity and activity. The goal of our work is to better understand how the kinetochore becomes established and, following attachment to dynamic microtubules, what is the nature of this attachment.

We have developed real-time imaging of yeast for purposes of quantitating the progression of mitosis, including spindle assembly/disassembly dynamics and chromosome movement in living cells. Our efforts allowed us to visualize the nucleus and mitotic spindle for the first time in live yeast and quantitate dynamic parameters throughout the cell cycle. We proceeded to extend these technologies to fluorescence microscopy and visualize individual proteins in live cells. Using a novel fluorescence speckle microscopy system we could map the site of tubulin assembly, and demonstrated that sites of force generation for nuclear and chromosomal movement localize to microtubule plus ends. Our live cell imaging technology coupled with the development of nucleic acid detection systems (lacO for DNA; MS2 bacteriophage for RNA), allow us to directly visualize nucleic acids in live cells. These are remarkable developments that cross boundaries into DNA repair, replication and recombination. 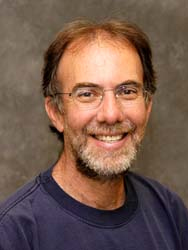