Terrence Furey, PhD, is a UNC Lineberger Comprehensive Cancer Center member and Associate Professor in the Department of Genetics at UNC-Chapel Hill. Furey Lab focuses on understanding the interplay of genetic variation, chromatin structure and gene regulation in the context of complex diseases.

Integrative Genomics/Gene Regulation/Chromatin/Computational Biology
Specialized transcriptional programs that determine proper expression levels of genes largely govern cell type identity and function in the human body. Variation in gene transcriptional programs are due in large part to genetic and epigenetic differences, but also environmental influences, that alone and together can contribute to complex trait phenotypes and disease, including cancer. The goal in the Furey lab is to better understand mechanisms of gene regulation in both normal and diseased cells. These studies are enabled by the development of genome-wide experiments employing high-throughput sequencing technologies that provide comprehensive and detailed information about the molecular state of a cell. Currently, there are two related efforts in the lab to accomplish this goal.

Genetic, Chromatin, and Microbial Changes Associated with Inflammatory Bowel Disease
The vast majority of DNA in a given cell is wrapped in a chromatin structure called a nucleosome that prevents the binding of proteins that regulate gene expression levels. Regions of nucleosome-free open chromatin that contain gene regulatory elements affect transcription levels of nearby genes. We hypothesize that changes in chromatin structure in intestinal tissues that alter gene transcription programs contribute to the onset and progression of inflammatory bowel disease (IBD). Alterations in chromatin may be due to underlying genetic differences, but also may be due to external factors such as the presence of particular microbial communities in the intestine. In this work, we are measuring chromatin, gene expression, and microbial composition in genotyped individuals with and without IBD to uncover molecular mechanisms associated with disease phenotypes.

Molecular Changes Caused by Butadiene Exposure Leading to Increased Risk of Cancer
Butadiene is used in the production of rubber and plastics. Exposure to butadiene gas has been linked with increased risk of leukemia and tumor growth in multiple tissues. We hypothesize that inhalation of butadiene leads to molecular changes in affected tissues and cells leading to an increased risk of cancer. Using mouse models, we are determining changes in chromatin and gene expression in the lung, liver, and kidney due to butadiene exposure. In addition, using genetically diverse mice from the Collaborative Cross project at UNC, we will determine genetic effects that influence each individual’s response to inhalation of this carcinogen. 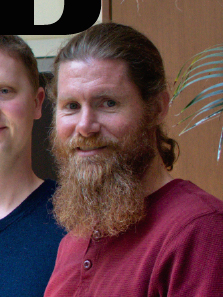