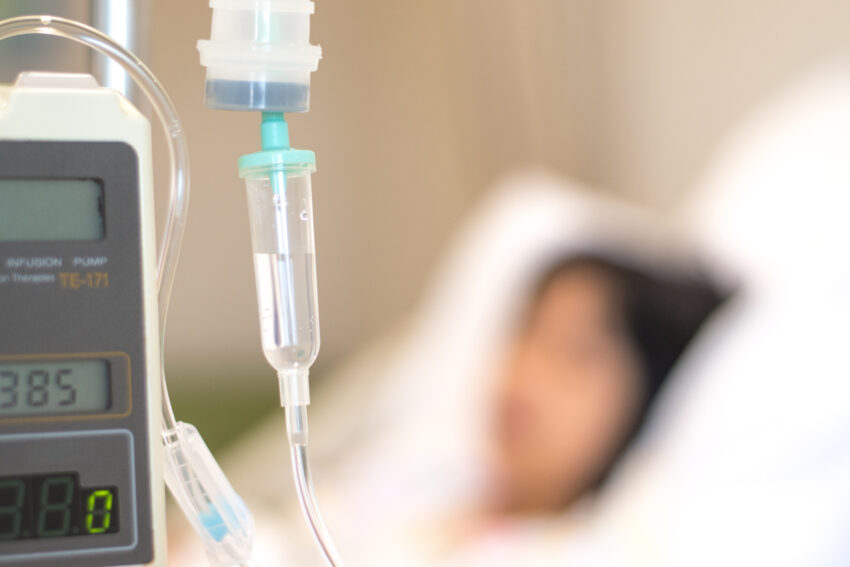 Giving standard chemotherapy drugs in a specific sequence for some types of metastatic breast cancer can help reduce overall costs and improve the value of care while preserving quality of life, according to a study led by UNC Lineberger Comprehensive Cancer Center and UNC Gillings School of Global Public Health researchers.

The study’s results appeared Sept. 2, 2022, in the Journal of Clinical Oncology.

The researchers developed three different computer models to predict how a hypothetical set of 10,000 patients with specific types of metastatic breast cancer would respond to different sequences and types of chemotherapy. For this study, the patient’s cancer was either no longer responding to hormone therapies (endocrine resistant) or was a type of the disease called triple-negative breast cancer.

Currently, there are many chemotherapy choices to treat metastatic breast cancer. Oncologists have some preferences of which drugs to use early in treatment, but there is little clear evidence on the best order in which to give the drugs. The researchers consulted oncologists and experts in the field to choose which chemotherapy drugs were preferred choices to include in the study.

Mimicking clinical practice, and based upon existing data, the researchers then assumed that if a person started treatment with one drug, they would change to a second-choice treatment after their cancer stopped responding to the first drug, or if the side effects weren’t tolerable. The purpose of the study was to test whether putting the drugs in one sequence compared to another could keep the patient on treatment for similar times while decreasing their side effect and/or cost burden.

“The cost of cancer drugs in the U.S. has rapidly increased, even for generics. As a society, we urgently need more strategies to reduce cancer drug costs without compromising outcomes, and our analysis provides quantifiable evidence to help providers choose lower priced, but equally effective sequences of drugs,” said Stephanie B. Wheeler, PhD, MPH, professor of health policy & management at the Gillings School of Global Public Health and associate director of Community Outreach and Engagement at UNC Lineberger and corresponding author of the article. “More spending on cancer care does not necessarily confer greater health benefits.”

The costs calculated in this study were inclusive of medical and nonmedical costs borne by patients, including lost productivity. In this simulation, after two years, nearly all women would have completed the first three sets of treatment, but the cancer would cause the death of about one-third of the women. Productivity days lost due to sickness were similar across chemotherapy sequences, so most of the cost difference was due to drug savings. In the simulation, patients were placed in three groups, depending on what treatments they had already received for earlier episodes of breast cancer.

Outcomes in the three groups were:

“The drugs we studied are already recommended and reimbursed for the treatment of metastatic breast cancer, but the optimal sequencing of them has been unclear, which has led to considerable variation in physician preference and practice. Our study suggests that treatment sequencing approaches that minimize costs early may improve the value of care,” Wheeler said. “The implications of this study are fairly straightforward for medical oncologists and those developing value-based clinical pathways to implement in practice now.”

UNC Lineberger’s Katherine E. Reeder-Hayes, MD, MBA, MSc, section chief of breast oncology and associate professor of medicine at UNC School of Medicine and one of the study’s authors, said the treatment choices for metastatic breast cancer are constantly changing, and new options for targeted therapy have emerged even since this study was conducted. “Many oncologists and patients find that there aren’t any more targeted therapies that fit the cancer’s molecular profiles, so they are left with the choice of a number of chemotherapy drugs that may feel pretty similar or have an unclear balance of pros and cons.”

“In that scenario, I hope our study will help expand the framework that we use to make these decisions from one where we just think about the biologic action of the drug to one where we also consider the bigger picture of what the treatment experience is like for the patient, including their financial burden, investment of time, and side effects,” Reeder-Hayes added. “The most potent drug isn’t always the next best choice depending on what the patient values and wants to accomplish with their treatment.”

Looking ahead, the researchers have developed a financial navigation program to further support patients in managing the out-of-pocket costs of their cancer care. This program has been effective and well received by patients, caregivers and providers. The team is currently scaling up the intervention in nine rural and non-rural oncology practices across North Carolina to understand how well it works in different care settings. Cancer patients who need financial support managing the cost of their cancer care are being recruited for this undertaking.

In addition to Wheeler and Reeder-Hayes, the other authors at UNC are Jason Rotter, PhD; Anagha Gogate, PhD; Sarah W. Drier, MPH; and Justin G. Trogdon, PhD. Donatus U. Ekwueme, PhD, MS and Temeika L. Fairley, PhD, are at the Centers for Disease Control and Prevention (CDC) in Atlanta. Gabrielle B. Rocque, MD, is at the University of Alabama at Birmingham.

Wheeler and Reeder-Hayes are members of UNC Lineberger, which has received institutional research funding from Pfizer. Gogate reported employment and stock and other ownership interests in Bristol Myers Squibb/Celgen. Rocque reported consulting or an advisory role with Pfizer, Flatiron Health and Gilead Sciences and receiving research funding from Carevive Systems, Genentech and Pfizer.

No other potential conflicts of interest were reported.